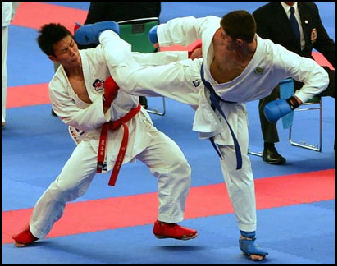 The Australian Karate Federation (AKF) was formed in 1970 and competed in the inaugural World Karate Championships held in Japan that year. Initially the AKF was headed by federal politician Don Cameron MP who initiated the first two national teams and paved the way for further development of the sport in Australia.

Over subsequent years the AKF developed quickly and particularly in areas of administration, coaching and refereeing and is now represented in every state and territory in Australia with a membership of over 120 styles of karate and has close links with other international groups such as the 10 member Oceania Karate Federation which conducts the its Oceania Championships every 2 years.

Being a member of the World Karate Federation gives the AKF links to 170 other member countries making karate one of the most widely practised sports in the world. It also has recognition by the International Olympic Committee (IOC) resulting in karate being officially recognised as a new sport in the 2020 Olympics in Tokyo Japan. 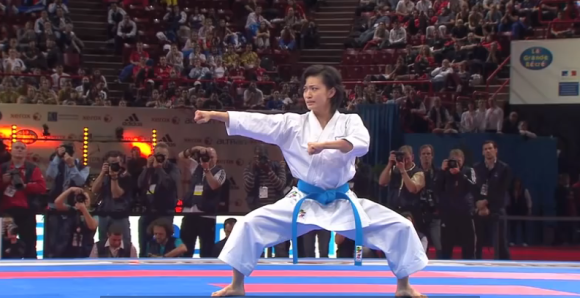 Under the Australian Karate Federation banner, Australian teams, junior and senior, compete regularly in international tournaments around the world with great success. The AKF is the only national governing body of karate that is recognised, and funded, by the Australian government and endorsed by the Australian Sports Commission. AKF works tirelessly towards constantly developing coaching and refereeing skills of its members by regularly conducting NCAS (coaching) and NOAS (refereeing) accreditation courses in each Australian state.

The World Shotokan Karate-do Federation (WSKF) in Australia has been a long time member of the Australian Karate Federation and hence our members have access to the various seminars, courses and competitions held at state, national and international levels.

Below you will find links to the various state branches of the Australian Karate Federation.

After many years petitioning the International Olympic Karate (IOC), the World Karate Federation was finally given full member status and in August 2016 was officially informed that it would be one of five new sports introduced to the 2020 Olympic Games in Tokyo, Japan.

The struggle to achieve this status has been long – 3 times rejected – however a martial art that is actually much older than many current Olympic sports finally gets its chance to shine. The only world governing body of karate that is recognised to take part in the games is the World Karate Federation and in turn we in Australia will be participants through the Australian Karate Federation.

We applaud the effort that has gone into this recognition and look forward to what will be an exciting time for karate-ka all over the world in 2020.