The basic philosophy of the world shotokan karate-do federation

We, Karate exponents, training in the art of World Shotokan, firmly reject all forms of prejudice and discrimination. We hold no position on religion or politics and recognise each individual and each separate organisation as self determining entities. We seek the growth and development of World Shotokan and through that the development of world peace. It is our firm decision to found our art as a modern and permanent one, firmly rooted in friendship and understanding between all human beings on the planet. We seek the development and growth of a world youth and health movement based on mutual understanding between all federated member organisations. Under these guiding principles we hereby organise and found The World Shotokan Karate-Do Federation 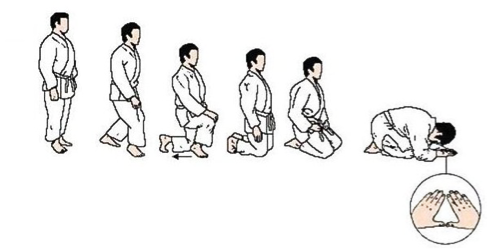 The World Shotokan Karate-do Federation (WSKF) was formed in 1990 and the above declaration was ratified at that time. This declaration broadly states a number of tenets that we follow in all our Australian clubs and one of these is that we hold no positions on politics and religion in particular. This point of religion is sometimes brought up because part of our etiquette involves “seiza” (kneeling) and “rei” (bowing) and can be interpreted incorrectly . . . they are merely traditional ways employed to show respect both from students to the instructor, as well as honoring and respecting our karate forefathers.

WSKF is headquartered in Japan yet its strength lays outside that country in all corners of the globe. From Australasia through to the Middle East, Europe and even in the Americas, the World Shotokan Karate-do Federation has, from humble beginnings, become a powerhouse in world karate and it’s strength lies not in how many medals its followers win in competitions, but rather in the way it embraces such amazing cultural diversity in its ranks.

We in Australia are fortunate to have an involvement with such an organisation and always welcome new people to join us. Contact us for more information.